Born and raised in Shanghai, China, Coco moved to the United States in 1999. Coco’s passion for music as a young girl led her to study piano and ballet at the Franz Liszt Academy in Budapest, Hungary. After earning her BBA from Baruch College in New York City, she became an accountant working for a big corporation. Coco’s energetic personality and unique style were restricted working in the office. Not only that, the stress of work caused her to over-eat and gain weight. At a size 12, 185 pounds, Coco turned to exercise and fell in love with group exercise classes. She successfully lost 50 pounds and slimmed down to a size 6! Since exercise was the key to her success, Coco’s goal became to help others achieve their goals through fitness. Her personal experiences made her realize that she was meant to inspire on the gym floor. In 2006, she became a certified Group Exercise Instructor and Personal Trainer, making a difference and changing lives. In 2007, she became a certified spinning instructor. Coco became a Zumba® Instructor in 2008, a Zumba® Jammer (Choreography Specialist) in 2010, and a Zumba® Education Specialist (ZES) in 2013. Coco is the co-owner of MC Dance & Fitness, a boutique dance and fitness studio in Great Neck, NY; a Fitness Instructor at Lifetime and a Cyclestar® at Cyclebar Garden City Her energy is infectious, her class is like a party but you’re sweating your behind off! 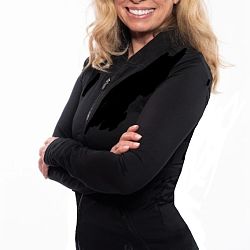 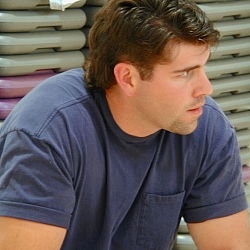 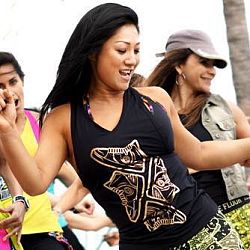 By clicking "Continue" or continuing to use our site, you acknowledge that you accept our Privacy Policy and Terms of Use. We also use cookies to provide you with the best possible experience on our website. You can find out more about the cookies we use and learn how to manage them here. Feel free to check out our policies anytime for more information.